1) The repayment of the student loan for the UK starts after the moratorium period (EMI holiday) or as soon as the person gets a job (whichever is earlier). But, the interest is charged even during the study period and the moratorium period. The interest charged during the study period is Simple Interest whereas the one charged after this period is Compound Interest.

There are usually 3 modes of repayment-

2) Repayment starts one year after the completion of a course, or six months after getting a job, whichever is earlier. However, to reduce the EMIs, you may choose to pay the simple interest during the moratorium period, known as the Principal moratorium, providing some interest concessions.

If you do not secure a job within a year of completing the course, then repayment starts irrespective of whether or not you are employed. The standard repayment plan options are:

3) In the view of the steps taken by the British government in streamlining the Tier 4 student visa, studying in the UK has become tougher with strict visa rules. The UK had long back discontinued the two-year post-study work route for international non-EU students. After acquiring the degree the Indian students need to successfully find a job with a UK Border Agency licensed Tier 2 sponsor to remain in the UK after they finish their courses. Further, they will need to receive a minimum salary of £20,000. And the maintenance threshold for international students has been increased from April 2012 and they now have to show evidence of greater funds to support themselves during their course.

With the heavy loans hovering over their heads the Indian students have to hunt for a job as a soon as possible to make the repayment. Only the Students who go to top institutions such as London Business School, London School of Economics or Warwick Business School will probably find jobs with top companies and in global roles. But those Indian students who go to study in tier-2 or tier-3 UK colleges have to struggle a lot for a job in the UK and thus find it really difficult to repay their loans. The recent visa changes have definitely increased the cost with the post-study work opportunity shrinking.

4) The withdrawal of UK work permit has had a very negative impact on the employability of the Indian students studying there who are likely to defer on the repayment of the heavy students loans borrowed from their home country. The UK government does not even provide the OTP (Optional Practical Training) facility to the college students who are left with no option but to get back to India as soon as the course ends. With the foreign degrees and lack of experience, the Indian students then have to struggle to find a suitable job for them with a potential income which can pay off their debt.

Because of so much risk involved in the repayment of the UK student loans, providing a collateral security by the borrower to the bank or the NBFC is considered necessary irrespective of the loan amount borrowed.

For further information on the education loan process for studying in India and abroad, you can visit the page of credence (www.credenc.com), a fin-tech company which works to facilitate your loan journey by providing end to end service. It offers a single application form for applying across multiple banks and helps you get the best deal possible free of any service charge. 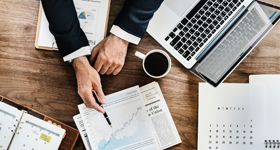 Ultimate Guide: Student Loan For MBA in the USA 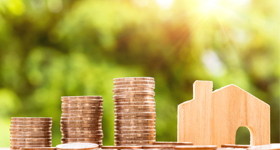 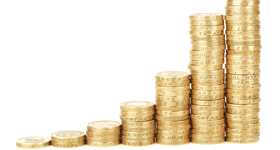 5 Tips to get Lowest Interest Rate on Student Loan